St. Louis is known for being the gateway to the Midwest, mixing Midwest charm with hip urban style. The first thing you see upon entering the city is the spectacular Gateway Arch rising over 600 feet above St. Louis and the Mississippi River, symbolizing the country’s expansion west.

After you get over the awe of seeing the arch, you’ll start noticing St. Louis’s other great architecture, museums and attractions, and the hip local style the city has. St. Louis’s historical jazz, blues and ragtime music gives it one of the coolest music scenes you’ll find, and the restaurants serve amazing local and diverse cuisines.

If you’re interested in moving to Missouri, take a look at this rundown of the hippest neighborhoods in St. Louis:

The Cherokee Street neighborhood is where to go if you’re looking for independently owned shops, cafes and restaurants. Its historic shopping district boasts block upon block of local specialty stores, art galleries and more.

The neighborhood is also an art mecca where you’ll find many galleries, studios and even public art projects, and has a concentrated amount of authentic Mexican restaurants and taquerias. And don’t forget to check out the trendy whiskey bar called The Whiskey Ring—it’s a local favorite.

Known for being the one-time home of rock ‘n’ roll’s Chuck Berry, the Ville has a significant and diverse history. It’s the first neighborhood African-Americans could own property in in St. Louis, making it the area where many African-American institutions began, like Harriet Beecher Stowe College. Located in North St. Louis, the neighborhood has great architecture and is designated as a local historic district.

The Loop is in West St. Louis, and it’s the place to go for finding new clothes and records at vintage and thrift stores. Check out Delmar Boulevard for all of the above, plus great bars, music venues, boutiques and more. The street’s trendy vibe plus the neighborhood’s beautiful old homes that line the Loop’s more residential streets make it a really cool place to live.

The Central West End’s chic style is generated by its many art galleries, its cool nightlife, and the streets that are lined with cafes and restaurants. The neighborhood, which borders the St. Louis Zoo, is known for its Old World charm and pretty architecture.

Movoto ranked the Hill as one of the best neighborhoods in St. Louis due to its many bustling restaurants, bars and cafes. The historical neighborhood is known for its authentic Italian food served at restaurants and bakeries, and its vibrantly colored streets.

Downtown St. Louis began as a hub of shoe and garment manufacturing, and it went through some economical struggles before becoming the hip neighborhood it is today. Now its restaurants, shopping and cultural attractions make it a really cool neighborhood.

Plus, it’s home to St. Louis’s Union Station. The old train depot opened in 1984 as the largest in the country, and its grand old architecture is a must-see. 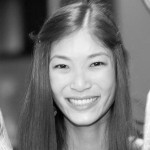